At Honda of Pasadena we fully understand the power our customers have not only on our reputation, but also with referrals.  This is why we have always made it a point to treat customers with the highest regard.  We know when purchasing a new or used vehicle visiting several car dealerships can be stressful, and just a plain pain in the neck.  At Honda of Pasadena it’s our goal to help you locate the right vehicle for your needs and wants.  By offering a full Honda line up making this choice can sometimes be easy or a little challenging with such a large variety to choose from.  But when you work with one of our professional Honda consultants your best interest always comes first.

As you can hear in the video below the owner of Honda of Pasadena explains how important it is for you as a customer to be 100% satisfied and happy with our dealership.  In some dealerships the owner is never available for customers to talk with, not at Honda of Pasadena.  Jeff Christoffel has an open door policy; he invites all of his customers to stop in and say hi or voice their concerns. He’s always eager to speak with customers regarding the Honda dealership. 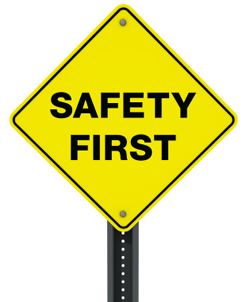 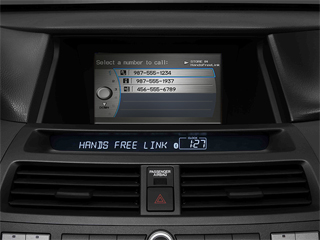 Honda of Pasadena has now included the use of Bluetooth technology on their cars. Now what is Bluetooth?

There are already a great number of accidents in the roads due to the use of phones. Could you imagine running 100 miles per hour while an important call comes in? Bluetooth allows you to answer calls even without holding the phone itself. Bluetooth has already been used for different things like your mouse and many other gadgets that used to have cords.

It is a concern for most drivers today that they need to receive or to make a call while they are driving. With all the safety regulations implemented in the different parts of US, most of the states now prohibit one hand being on the phone while the other is busy on the road.

As a solution, Honda’s HandsFreeLink makes use of Bluetooth technology to enable its users to keep in touch with their family, friends and work even while commuting. The HandsFreeLink is applicable to any phone that has Bluetooth technology. It makes use of voice recognition in order to receive calls or to even dial contacts within your directory. This technology gives you both convenience and safety at work.

So how do you use it?

If your phone has Bluetooth, HandsFreeLink will work perfectly with it. Right on your steering wheel, you could activate the Bluetooth of HandsFreeLink. And in addition to the hands free feature of HandsFreeLink, To make things even better, Honda decided to put an optional display (applicable for some phones)  on your car which allows you to see who’s calling, it also gets you updated with the battery level or if you are roaming, you could even see the cellular provider in the area.