Benefits of Leasing a Vehicle from Honda of Pasadena

Have you noticed that most people that opt to lease a vehicle have a new or late model vehicle in their driveways? There is a very good reason for this. Leasing a vehicle from Honda of Pasadena gives you 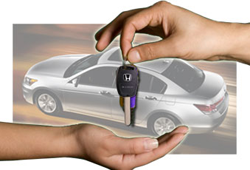 options that are not available with other purchasing methods. However, this is not the only advantage that you will see when you lease your next vehicle.

Leasing a vehicle is an appealing option to many Pasadena car buyers because they are able to get a better vehicle for a much lower monthly payment. This is due to the fact that the person leasing the vehicle only has to pay for the depreciation of the vehicle, not the whole thing. Put simply, they are renting the selected vehicle for the lease period, which is typically lower.

You will also pay fewer taxes and have more options at the end of the lease period. Honda of Pasadena will make leasing a vehicle easy and efficient, allowing you to keep up with the latest models and pay less money – it is truly a win-win situation.

A Honda dealership like no other, Honda of Pasadena wants to be your trusted source for Honda automobiles, Honda service and Honda parts.  The staff at Honda of Pasadena is committed to exceeding your expectations in both sales and service.  As a higher volume Honda dealer in the greater Los Angeles area we always have a great choice of new and certified pre-owned Honda’s.  Our service department is open until 8 p.m. this means you can drop your car off after work. We also offer shuttle service that can take you home and bring you back when your Honda is ready.  Working with all levels of credit our Honda dealership in Pasadena can help just about anyone drive a new or certified pre-owned Honda.  We look forward to the chance to prove that Honda of Pasadena is different.

Advantages of Purchasing a Used Vehicle from Honda of Pasadena

Honda of Pasadena makes purchasing a used vehicle not only easy, but extremely appealing. The large selection of high-quality, hand-picked used vehicles, makes the selection vast, ensuring that you can find the vehicle that you want. 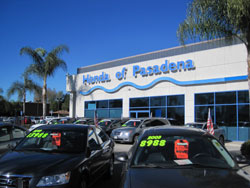 Honda of Pasadena takes time to inspect and approve each used car that is offered, which ensures that each consumer receives a vehicle that will last for many years providing reliable service. You never have to worry that you will be sold a “lemon” since the certified Honda technicians ensure that each vehicle meets their stringent standards.

If you would like to browse the selection of used vehicles that are available right now at Honda of Pasadena, visit HondaofPasadena.com and select the used car option. Here you can browse the current inventory and likely find the vehicle you are looking for. However, if it is currently not available, new vehicles are added each day, which means that you should stop by often.

Honda of Pasadena has a wide selection of used cars for Pasadena, each offering high-quality standards ensuring you purchase a vehicle that will last.

Honda has recently unveiled the next generation of technology for connectivity in their vehicles in order to meet the needs of the evolving tech-savvy and always connected consumer. This technology includes the HondaLink and Honda Display Audio system. These technologies

together provide the most advanced medial and information connectivity package that has ever been offered by the Honda brand.

The 2014 Civic, which can be seen at Honda of Pasadena, is also going to be equipped with the display Audio, which is the first time that Apple’s Siri Eyes Free mode will be available thought the controls that are mounted on the steering wheel when your compatible iPhone is paired with it through Bluetooth connectivity.

This offers one of the biggest touchscreen seen in Honda vehicles and will be featured in the 2014 Civic vehicles and the 2015 Fit, which will arrive next Spring. The touchscreen will have the same functionality of a traditional smartphone in order to allow you to access your phonebook, audio and media.

The Display Audio system that features the innovative HondaLink will allow customers that enjoy a digital lifestyle to be able to seamlessly integrate with the car and provide them access to a world of information from the cloud.

If you are ready to see this new technology for yourself, visit Honda of Pasadena in Pasadena, California today. 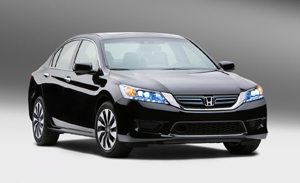