Skip to primary content
Skip to secondary content
This year’s Honda Civic Tour, which is actually the tenth anniversary tour, will feature the hit band Blink 182, the band that started the tour back in 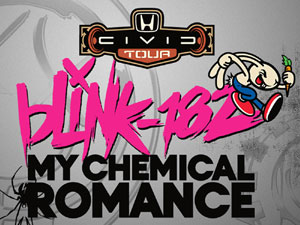